RAINN, the Rape, Abuse and Incest National Network, was founded with help from Tori, her management and Atlantic Records in 1994.  Since 1991 when Tori released "Me and a Gun" on Little Earthquakes, she has spoken, written and sung about her own experience of being sexually assaulted.  Tori's openness and honesty struck a chord with her fans, who turned to her for help and inspiration.

Realizing that these kindred spirits needed more help and council than one person could hope to provide, Tori reached out to Atlantic Records who provided seed money for the creation of the RAINN hotline.  Over ten years and thousands of crisis calls later, Tori remains one of the leading spokespeople for the RAINN hotline. 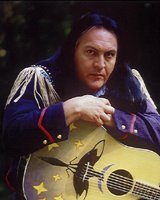 Bill Miller opened for Tori during her 1994 Under the Pink tour.  Bill is a gifted singer/songwriter whose music often reflects his struggles as a Native American with racism, abuse and alcoholism.  Like Tori, Bill writes about finding the inner strength to persevere and the voice to talk about it.  Bill's passionate performances enthralled Tori's fans, many of whom still follow him today.

It has been a journey.  Each of Bill's albums has shown an artistic and spiritual growth that left record companies baffled at just how to categorize him.  But Bill Miller isn't bound by stereotypes or record company niches.  Folk, blues, country or rock, Bill Miller does it all well and fuses it with the storytelling tradition of his Native American ancestry.

For more on Bill check his official web page. 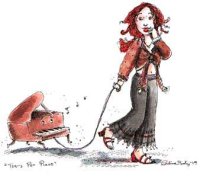 We met Paulina Stuckey waiting in line for a Tori show at the Phoenix Theater in Toronto, Canada in 1992.  We already knew of Paulina from her beautiful illustrations which had appeared in several Kate Bush fanzines.  We were thrilled to find that Paulina was as inspired by Tori was we were.  "Tori's music is magic in the purest form," says Paulina.  "She adds fuel to my creative fires."

Paulina soon became a regular contributor to the Really Deep Thoughts fanzine.  We were able to help bring her work to the attention of Tori and her music company, Sword and Stone, who eventually chose Pauline to illustrate Tori's The Bee Sides song book.  Whether it's her wonderful illustrations or her quirky Tori toons, Paulina's work was one of the highlights of each issue of RDT.

You can see more of Paulina's artwork at her Restless Moon Gallery web site. 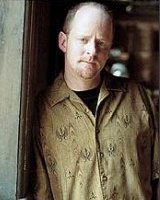 Willy Porter nearly gave up on a career in music.  The Wisconsin Conservatory of Music was no place for a guy with his own ideas about what music should be.  For Willy music isn't about reading dots from a piece of paper, it's about blood and sweat, tears and emotion.  Maybe it was that Conservatory drop-out connection that ultimately drew Willy and Tori together as Willy opened for Tori through much of her 1995 Dew Drop Inn Tour.

Tori's fans loved Willy's soulful grooves, wry wit and down to earth manner.  If you've never heard Willy or even if you've just lost track of him lately, you owe it to yourself to check out his latest work.  For more info on Willy's music and tour dates visit Willy's website.

The Wrestler and the Cornflake Girl (10/3)

Tori Amos interview: From the Fringes of the Milky Way (05/12)